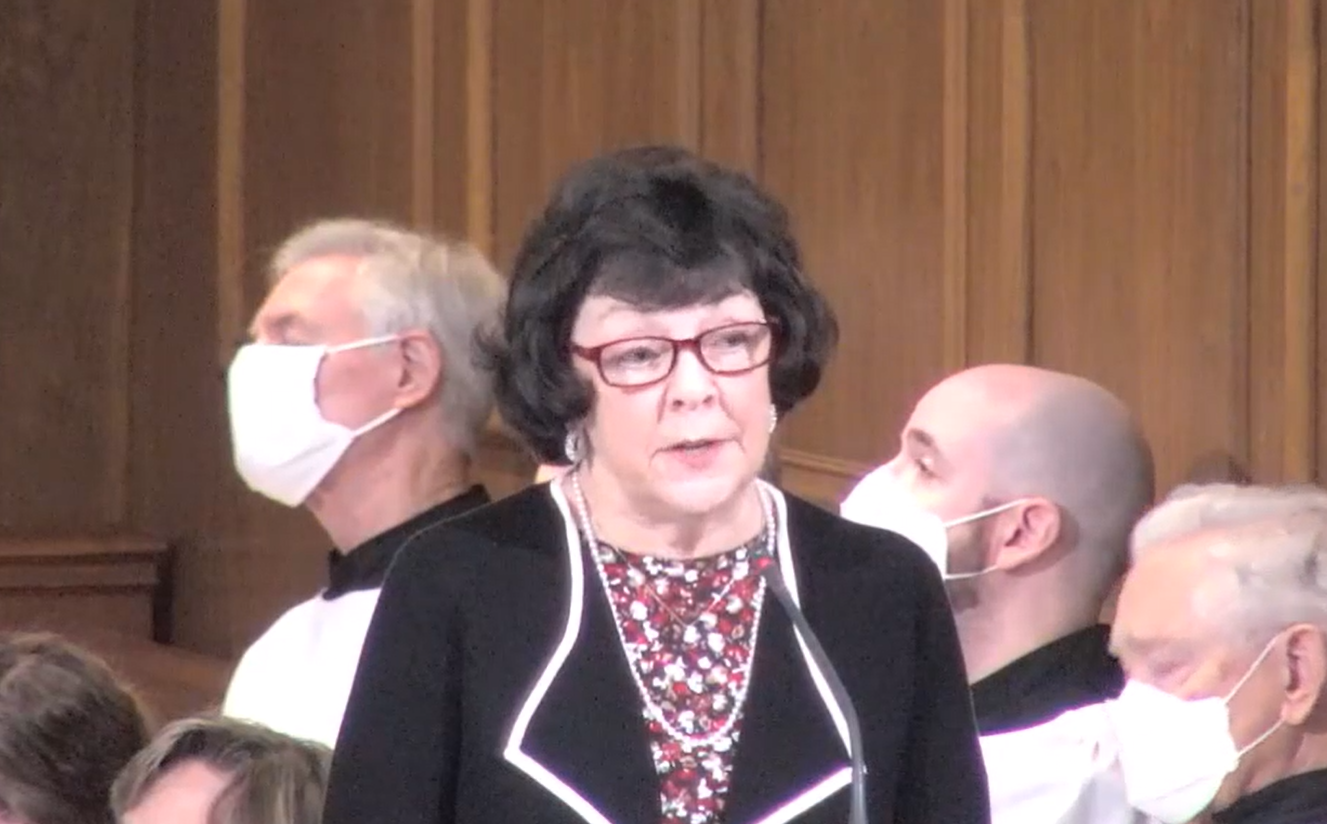 Friends and loved ones gathered to remember the life of Harley Dickson, a servant-leader in the United Methodist Church and former executive director of the Foundation.

The video accompanying this story includes remarks from Wanda Musgrave and David Snipes, among the speakers at a Nov. 6 memorial service at Providence United Methodist Church in Charlotte.

Harley’s easygoing nature helped him build relationships with Methodists all over Western North Carolina, said Wanda, a longtime family friend and member of the Foundation’s Board of Directors.

Harley was tireless in organizing mission efforts in Haiti, including a health clinic and programs to provide clean water and low-interest loans for aspiring entrepreneurs.

“He was a great connector – he recognized people’s gifts and encouraged them to serve,” Wanda told guests. “Being with Harley and Inez was a joy. Whenever you stopped by, the hospitality began.”

Harley passed away in August at age 92. An earlier memorial service was held in Lake Junaluska. Harley’s service dates back to 1951 when he took his first appointment in parish ministry at Coleridge. Through the years, he served Aldersgate in Shelby, Main Street in Albemarle, First in Wadesboro, First in Lexington, Providence in Charlotte and West Market Street in Greensboro. He also had two appointments as District Superintendent in Waynesville and Greensboro.

His last full-time appointment ended in 1997 as the Executive Director of the Foundation. Always committed to the ministry of the Foundation, he returned in an interim capacity in September 2001 until the arrival of David Snipes, our current president, in February 2002.

Harley’s contributions to United Methodism in western North Carolina are immeasurable. As a board and staff, we owe him a great deal of gratitude for the successes we have experienced.

Saving Grace is changing the conversation around money in churches just like yours. This resource has proved so valuable, the Foundation is buying Leader Kits for the first 100 churches who register.

The current class of 25 individuals from across the Conference will be stronger and better equipped because of their commitment.

The Foundation supports retired clergy and their spouses with an annual distribution from The Superannuate Endowment Fund.