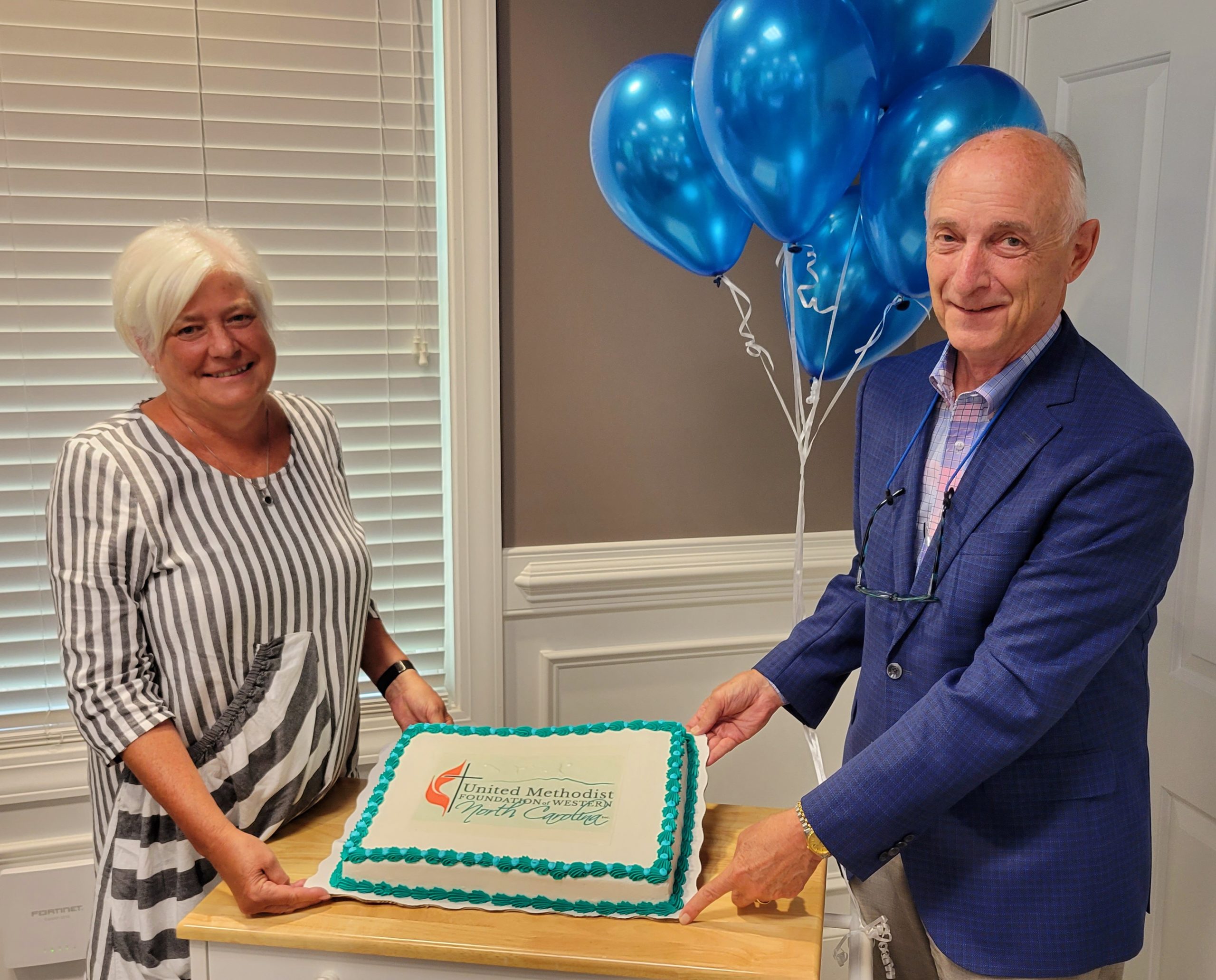 New board chair takes the gavel

It was a momentous day for the Foundation as members of the Board of Directors welcomed Anne Martin as their next chairperson.

Anne, the first woman to serve in this role in the organization’s 45-year history, sees the Foundation as a steadying influence during seasons of change in the broader denomination.

“Our goal is to remain that way long into the future,” she said.

Anne’s roots run deep in the United Methodist Church. She’s married to Dan Martin, a retired elder in the WNCC. Her son, Duncan, is lead pastor at Hawthorne UMC in Charlotte.

Anne brings an extensive background in finance, having worked in mergers and acquisitions at Wachovia. She graduated from Salem College with a degree in mathematics and earned an MBA from Wake Forest University.

Foundation leadership recognized the faithful service of outgoing chairman Tom Jordan of Greensboro. A gift in Tom’s honor will support one of his favorite causes, the Matt Brown Learn-to-Swim Endowment, committed to making water safety available to all second-grade students in Guilford County Schools.

At Annual Conference in June, Tom presented the Foundation’s largest ever contribution toward Conference initiatives, a gift of $217,000 in support of the Comprehensive Plan of Equity, Peacemaking in Communities and Strengthening “First” churches across Western North Carolina.

Two months later, it was time for a new leader to take the helm. After a ceremonial passing of the gavel, the board worked through a busy agenda that included a look at an upcoming organization-wide strategic visioning process as well as updates on Foundation ministries and partnerships. Then, it was only fitting for a memorable day to conclude with cake.

How a Salisbury church models the power of discovery

Every summer, the people of First UMC in Salisbury provide a week of summer camp for children from challenging economic circumstances.

One year later, hope endures for communities ravaged by floods

One year ago, the remnants of Tropical Storm Fred swept through Haywood County, devastating the rural communities of Canton and Cruso. United Methodist church groups and volunteers are answering the call to rebuild.