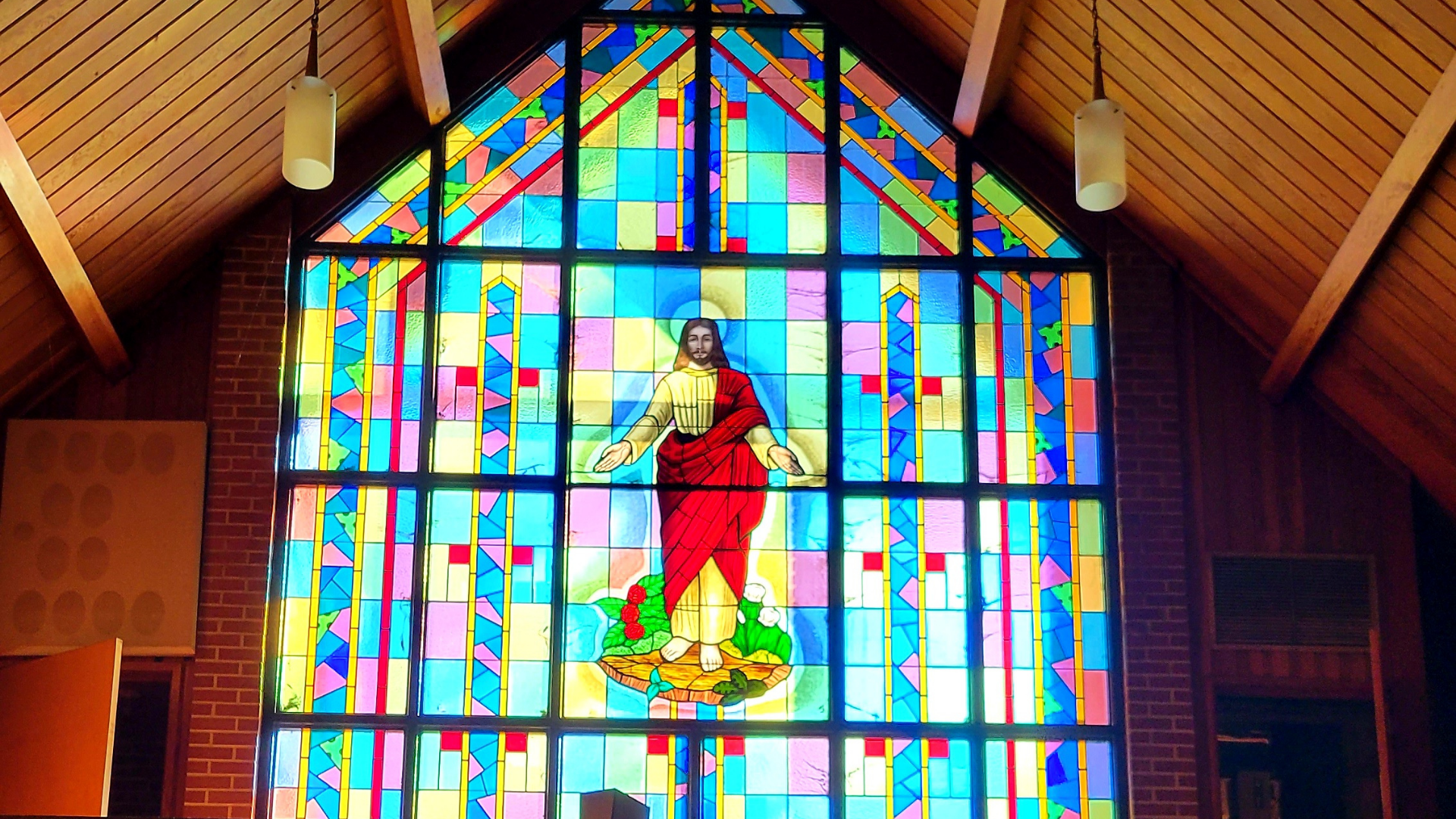 The windows at Mouzon/Selwyn UMC have illuminated 80 years of baptisms, weddings, funerals and worship services. As the building comes down, these beautiful works of art will live on.

One evening in December, a group of stalwarts gathered on the lawn for what amounted to a farewell service for the old church building. One last time, they sang, prayed and gave thanks to God.

Rev. Jonathan Coppedge-Henley could sense the weight of the occasion.

“It’s just a building – but yet the events that happened here created a spiritual architecture for so many people,” he said. “While the service itself was beautiful, it’s still really difficult to let go.”

Perhaps that’s why an effort to preserve the stained glass has taken on such powerful meaning. It’s a way to carry the history into the congregation’s next chapter.

Four windows will be taken to Woodlawn Community Fellowship, home of a new congregation formed by the merger of Mouzon/Selwyn and Grace UMC. They will stand as visual reminders of Woodlawn’s origin story.

“We’re not letting go of the fact that we came from somewhere,” Jonathan said. “These two churches had both gotten to places where their seasons were over. But together, a new season can happen.”

WNC Conference leaders call it an example of creativity and collaboration at a time when United Methodists need both to adapt to challenging times.

The grounds of the old church will become Selwyn Towns, a development of 34 townhomes. Income generated by the project will be invested with the Foundation and will support ministry endeavors at Woodlawn Community Fellowship, where church leaders imagine a future campus that includes street-level small businesses, apartments, co-working space and, eventually, a new worship center.

These possibilities emerged from discussions led by Wesley Community Development Corp., the official property manager of the WNC Conference. Its mission is to help churches re-purpose and/or sell property with an eye toward ministry and stewardship.

“Churches are different from ordinary buildings,” said Joel Gilland, president of Wesley. “They have memories and connections to the most important times in people’s lives. Having redeveloped several churches, we have come to understand the power of bringing a piece of the past into the future.”

While there is sadness among the faithful who spent their Sunday mornings on Selwyn Avenue, there is also excitement for a new beginning.

“We can create something that would truly honor the ministry that has taken place on this piece of land,” Jonathan said. “As well as the people who gave of themselves to make this a worshipful place of God.” 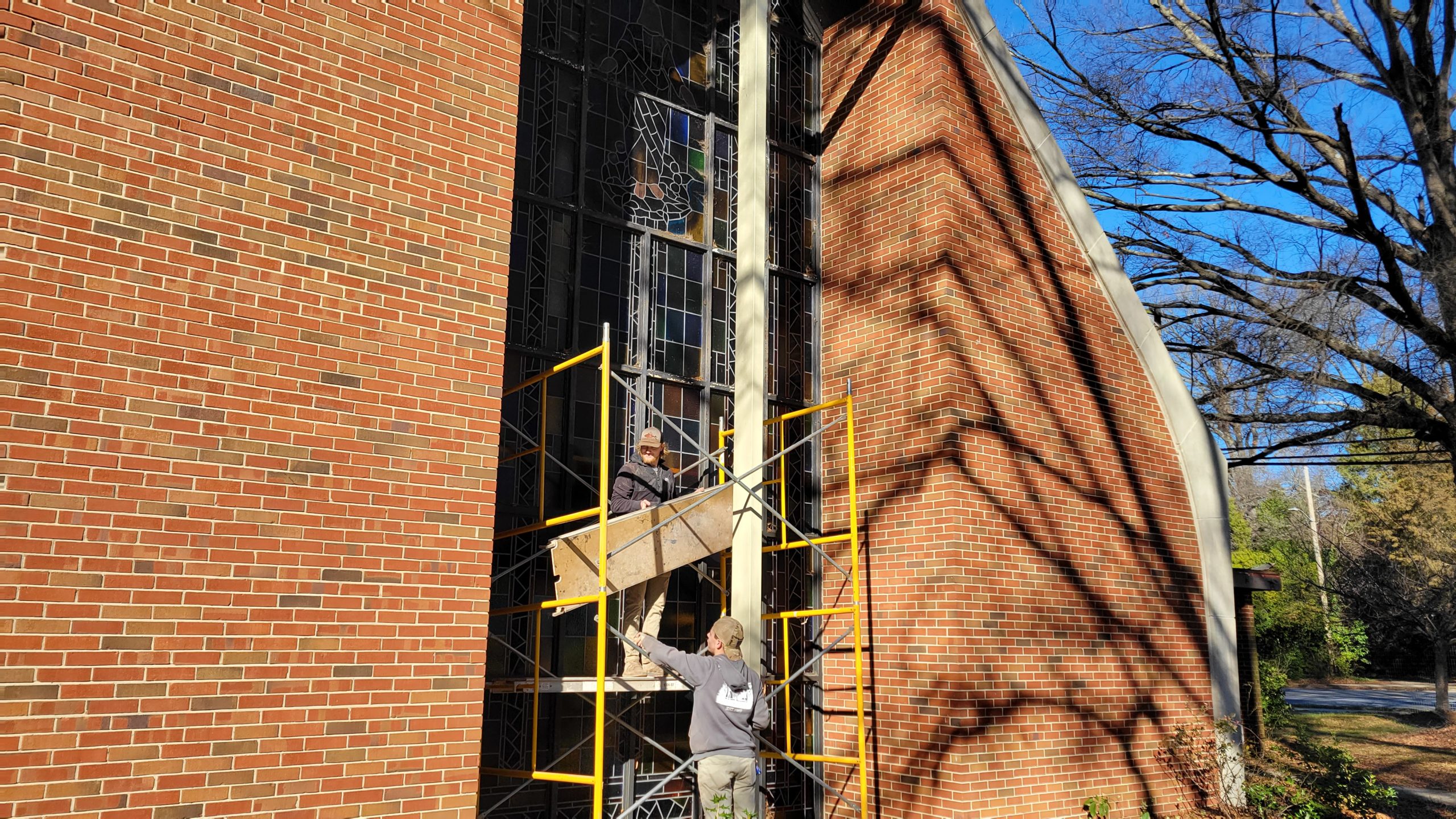 Together, a new season can happen.

How a Salisbury church models the power of discovery

Every summer, the people of First UMC in Salisbury provide a week of summer camp for children from challenging economic circumstances.

One year later, hope endures for communities ravaged by floods

One year ago, the remnants of Tropical Storm Fred swept through Haywood County, devastating the rural communities of Canton and Cruso. United Methodist church groups and volunteers are answering the call to rebuild.